How to combine layer based &amp; voxel based gravity modelling for frontier basin exploration

GaudPouliquen Posts: 77
April 2017 edited April 2017 in Geosoft
In the early stage of exploration, seismic coverage is often sparse or nonexistent. Analyzing gravity anomalies can help unravel the basin architecture, sediment thickness, and delineate structural trends and crustal domains, all necessary to assess the hydrocarbon bearing potential of a basin.

In this example we demonstrate how public domain gravity data inversion, carried out with limited constraints, can reveal a meaningful, basin-scale preliminary density model of the subsurface. We take on a scarcely understood area offshore, East Africa, and combine 2D and 3D modelling, using both GM-SYS and VOXI. In a challenging economic environment, this low cost modelling approach can prove extremely useful to explore frontier basins and outline the regional structural and tectonic framework.

Some of the benefits are that it relies on public domain data, which can be easily integrated directly in Oasis montaj through Seeker. It makes the most of Geosoft's modelling capabilities, by combining both our layered-Earth based and voxel-based modeler to produce a finely tuned density model of the prospective basins. Low-cost! Since it's using public domain data. 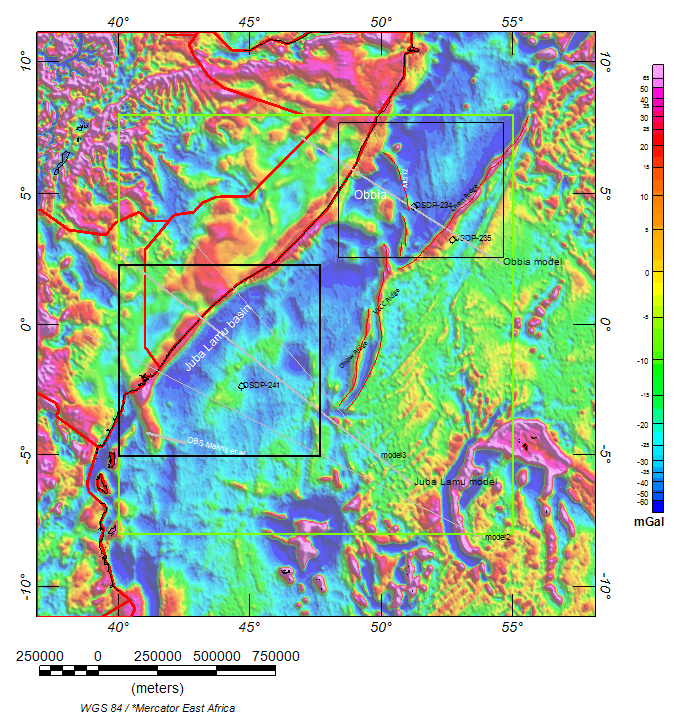 Workflow: This 3D density model can be compared back to the 2D gravity model by extracting section and using them as overlay in GM-SYS 2D. Or horizontal sections can be extracted from the voxel to help the interpretation. This is a versatile workflow which can be adapted to the resolution of the input gravity data (e.g. use Gzz and concentrate the inversion on the sedimentary section only). However as with every inversion the more constraints you can add, the more robust your inversion results will be. 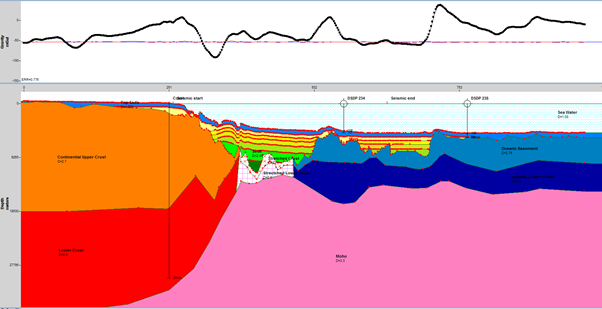 Some tips:
You can use either VOXI or GM-SYS 3D to reduce your Free-Air anomaly from the water-sediment interface. Using VOXI you'll take advantage of the CCC approach and get more accurate calculation. If you use VOXI: 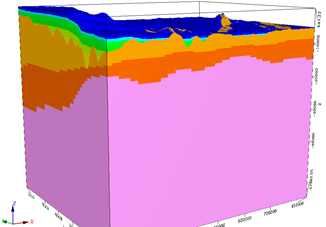 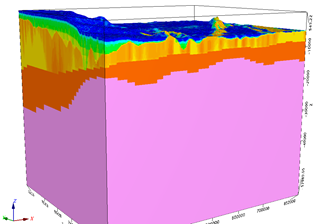 For more information about this method, join us for the keynote presentation at the 2017 CGS/SEG International Geophysical Conference
Technical Analyst